The Story Behind the Maze of the Lost City

The Maze of The Lost City was originally conceived by Tim Dawson, CEO of UNREAL The Company and operator of Zip2000, the world-famous Sun City zip line ”The original extreme zip slide”. Tim thought long and hard about the Maze, creating several designs before deciding on the current one which is acknowledged by almost everyone to be excellent – not too challenging but not too easy. Importantly, because so much of the Maze looks the same, beating it once doesn’t make it much easier the next time.

Tim, started with just a ‘story’ 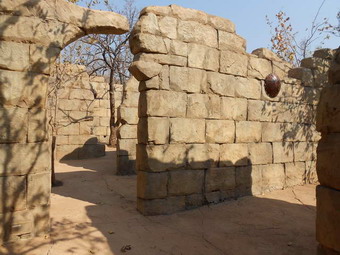 “The Ancients that once inhabited the valley where the Sun City resort now stands constructed many wondrous and beautiful buildings, structures and monuments to honour their kings and their gods. It was thought that all of the structures and ruins had been discovered. But after listening to local folklore telling of other structures into which some would enter and never return, I started searching. For the past three years I have been searching for parts of the Lost City that were still lost. And finally I found it, "The Maze of the Lost City”

Then he built a Maze that embodies all the folklore of the story and which complements Sun City’s Lost City theme.

Several months of excavation, earth moving, filling and the foundations were in place. This was followed by more back-breaking work while the walls were painstakingly built – new but to resemble a ruin. Where possible trees were saved and became part of the ruin, really making it look as though the jungle is reclaiming the land. Final touches included the escape gates, entrance and exit, the path through the bush veld, up to the Entrance to the Maze and the final piece of the plan was to construct the stunning bamboo themed suspension bridge which links the Entertainment centre to The Maze of The Lost City.

In September 2012 the Maze of the Lost City was opened and became an immediate success. 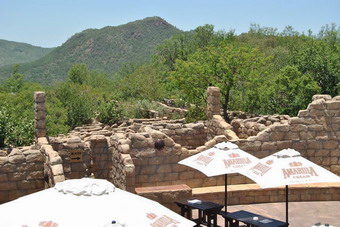